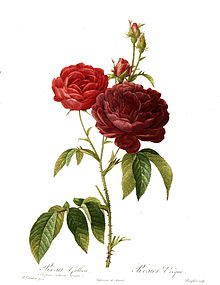 A peculiar thought has struck me about those rosebud gatherers. Not necessarily the ones in Herrick’s poem — they obviously are women he is urging, in a seventeenth century kind of way, to have sex with him, or somebody. Anybody! Those virgins are a figment of the imagination. The ones I’m thinking about today are these virgins: hard at work in a painting by John Williams Waterhouse, a preRaphaelite painter of some note in 1909. These women are hard at work. Just look at the expressions on their faces. Are they being paid? Or are they just succumbing to some kind of social pressure (“We need rosebuds for the parade,

girls. Get to it!)? Either way, it’s work. I write this on a national day off, an occasion where there will be more rockets than rosebuds, but here’s the thought anyway. Gathering rosebuds, among its many meanings (both of rosebuds and of gathering) isn’t necessarily a frivolous thing. Even to the world of enterprise. I’m especially taken by the virgin in the upper right corner. She has a lapful of roses. A good day’s work! Let’s hope they get some time off to celebrate.